The Hidden Costs of a Free Pickup Shelf 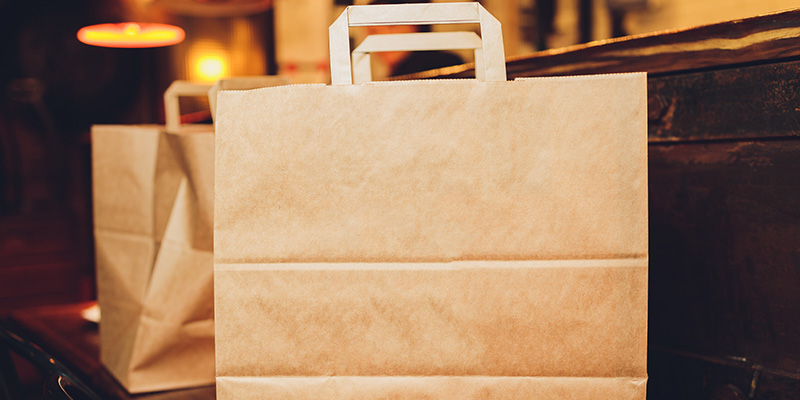 Why deferring investment in order pickup technology is the more expensive choice.

What does “free” really mean?

Generally speaking, in any progressively more tech-driven marketplace, when someone talks about a “free” option or a low-tech, low-cost option what they’re actually preaching is the gospel of deferral. Now, that may sound strange, but I’m a firm believer in inevitability. When one surveys the current foodservice space and specifically the area of contactless pickup, what they find is the following:

All that is flanked by massive investment in peripheral and enablement tech by all of the major brands in the foodservice space.

So, when we say that there are hidden costs to a free pickup shelf, what we’re really addressing is that the word “free” really only applies to the actual spend on the shelf or locker. It completely overlooks the peripheral spend on supplemental tech as well as the down-path costs resulting from being technologically behind one’s competition.

To be clear, none of what I’ve said is antagonistic to being budget-conscious or being fiscally wise. Rather, it’s a re-framing of the inevitability of a spend and then judging more accurately whether the overall cost is greater to wait on a primary piece of tech and supplement or to adopt the primary tech initially.

Here’s a commonly relatable example: You start a small business with 25 employees in various regions around the country and you want to open up a mobile communications account so that all of your employees have a dedicated mobile phone for work. The account provider gives you two options: You can elect for the free, basic phones that come with opening a small business account or you can spend an additional $100 per employee line which allows that user to have access to a more robust smart phone.

In this situation, a cash-conscious, budget-minded small business owner might be tempted to think “the free phones will work for now,” knowing full well that the free phone is less robust and capable than the upgrade option but views this decision as saving money. However, in ‘saving’ $2,500, the question becomes what lateral expenses have you taken on to make up for the lack of functionality that the ‘free’ phones provide? With a more robust smart phone you would be able to integrate your office services (think email, video communication, shared repositories of documentation, etc), but without the benefits of the smart phone upgrade your employees aren’t able to leverage these services as effectively as they could, resulting in more travel for your employees and more investment in parallel or supplemental tools such as laptops.

So at the end of the day, the $2,500 you saved by selecting the “free” phones was eclipsed by a single on-site team travel bill that could have been avoided with a more robust phone that, for example, supported video conferencing.

Here’s a slightly more tech-focused example. You want better insight into what kind of trending is taking place across all of your sales calls, so you inquire about conversational tracking software. If I pitched you a product that could listen to all sales calls and then quantify the conversational topics and key words by participant and then compare all of that quantifiable data against a catalog of all other sales calls, you’d likely agree that what I’m describing sounds really useful. Now, if I told you that it would cost $50k/year to license this software there might be a knee jerk, pull-back reaction at the cost being laid out so starkly. However, you’re still left with your original goal of gleaning trending insight from all sales calls.

So if we followed the exercise all the way through, what we find is that you may try to cleverly solve the problem by attaching one of three existing admins/scribes at your company to every sales call and having those existing associates take notes and work with their peers to collate all of their notes into some form of statistical output. Problem solved, right? And it didn’t cost you $50k, right?

The argument would be that the answer to that question is “wrong” and here’s why. Let’s say each admin makes roughly $50k/year and each admin/scribe is now spending 25% of their time on sales calls transcribing or taking notes and another 10% of their time (conservatively) on aggregating all of the collected data across all three admins. What you actually have is an internal spend of $39k/year on scribing and an additional $15k/year on aggregation, resulting in an internal spend of $54k/year to scribe and aggregate your sales calls (already $4k over the license previously described.)

At this point it logically stands that one might say, “Sure, but it’s a reallocation of an existing spend instead of a new spend,” and now we’re firmly in the territory of deferral. Objectively, repurposing admins into sales scribes diverts admins away from their current tasks, incurring deferred cost for the org. Unlike purpose-built NLP software, the accuracy and insight rate of human notated conversations and human collation is less efficient and less accurate than the purpose-built software. That means the internal spend is greater than the software license and produces a sub-par output comparatively.

Said a different way, you know that you have to solve this problem and when you look at deferral and inevitability, you can say with full conviction that “the money is already spent.” So, a different way to frame the example above would be to imagine your organization spent a year scribing and collating sales calls manually. When faced with the comparatively sub-par output of the efforts, would you go back in time and make the same decision, or knowing what you know now, would you go back and just buy the software and utilize your admins more effectively during the coming year and thereby end the year with greater admin output toward your org goals AND clearer, more accurate insight into your sales calls?

For most people, the answer is likely “no.”

Why a free pickup shelf or “dumb” locker is so costly

To frame this from a foodservice operator’s perspective, you know that you have to solve for the challenge of contactless pickup, both for consumers as well as DSPs (Delivery Service Providers / Aggregators). So, the obvious question then becomes how do you solve for it BUT solve for it in a way that aligns with your brand’s user experience, technology and data insight goals – the goals that keep you experientially and technologically competitive. Is it with a free ‘dumb’ pickup shelf, is it with a lower-cost, low-tech locker system, or is it with a more robust, intelligently driven locker system that provides the best consumer, DSP, associate and corporate user experience and data output?

If we look at deferral and inevitability and we say, “the money is already spent,” then the question you’d have would likely be, “well, where did I spend the extra money?” To which the answers can be a variety of buckets ranging from “parallel tech” to “abandonment curbing” to “misallocated staffing,” so for our discussion we’ll look at an example from each bucket.

We’ll start with parallel tech, which is technology that you have to invest in to make up for the technology you lack with a free pickup shelf or dumb locker. A prime example of this is behavioral tracking software. A robust locker can utilize cameras within the locker compartments and security cameras outside the locker to do everything from identify consumer and associate behavior to provide video proof that sanitation standards are kept high. A supplemental software and hardware combination that does this same task might cost you $12k per year ($1k/month or $33/day).

An example of abandonment curbing would be the percentage of potential customers who abandon their foodservice visit because the lines are too long. If we assume, conservatively, that a busy drive thru location loses 25 customers a day with an average ticket spend of $10 per person, then the loss to the brand is $250/day or $7,500/month.

And finally, an example of misallocated staffing would be having to have three POS terminals manned by an associate making $10/hr per brand location (assuming 20 locations for a small/mid-sized brand).

Now that we’ve defined some examples, we’ll bring home the notion of “the money is already spent” by showing how a smart, robust locker solution either mitigates or completely recoups parallel spend by a brand using a pickup shelf.

Regarding parallel tech, a properly fitted smart locker with interior and exterior cameras eliminates the need entirely for this parallel spend, especially when you consider that a truly smart locker powered by a truly smart platform can actually incorporate data from any existing camera system you have and provide it back to you as part of a larger locker and behavioral data package. Aggregate savings so far equals $1,000/mo or $33/day.

Regarding abandonment curbing, by using a smart, robust locker system that can integrate with nearly any service, native app, and DSP, you can conservatively divert 25% of your drive thru traffic to the locker, shortening wait times for those in line and averting abandonment. That means a location’s spend received will go up by $1,875/mo or $62.50/day. Regarding misallocated staffing, if a brand with 20 locations can re-purpose two of their three POS associates, the reallocation of those associates saves the brand $32,00/mo or $80/day per location or $64,000/mo or $1,600/day in reallocation of staff toward more productive functions like order fulfillment. The aggregate of everything above indicates that on a daily basis that a brand can save somewhere in the neighborhood of $175.50/day or $6,075/month per location.

In conclusion, what we know is that there are problems that have to be solved for in foodservice and that we will spend money to solve them. What we’ve hopefully established is that sometimes we mis-perceive what costs money, what doesn’t, and how to re-frame those concepts so that we can realize that if we play things out to their natural conclusion, “the money is already spent.”

So the only question that remains is: How do you want to spend that money?

Find out more about how easy it is to get started using Apex smart pickup locker solutions.

This website uses cookies to improve your experience while you navigate through the website. Out of these cookies, the cookies that are categorized as necessary are stored on your browser as they are essential for the working of basic functionalities of the website. We also use third-party cookies that help us analyze and understand how you use this website. These cookies will be stored in your browser only with your consent. You also have the option to opt-out of these cookies. But opting out of some of these cookies may have an effect on your browsing experience.
Necessary Always Enabled
Necessary cookies are absolutely essential for the website to function properly. This category only includes cookies that ensures basic functionalities and security features of the website. These cookies do not store any personal information.
Non-necessary
Any cookies that may not be particularly necessary for the website to function and is used specifically to collect user personal data via analytics, ads, other embedded contents are termed as non-necessary cookies. It is mandatory to procure user consent prior to running these cookies on your website.
SAVE & ACCEPT

Please fill out the form below to download the distribution whitepaper

Please fill out the form below to download your spec sheet